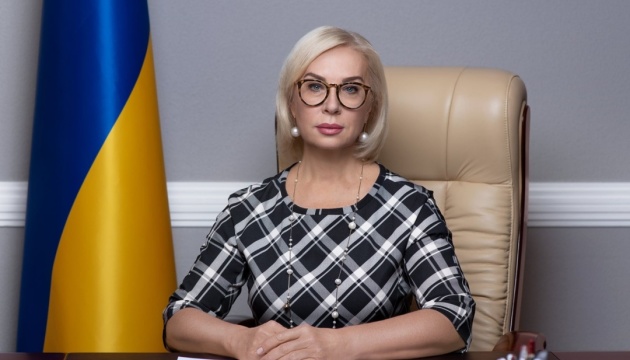 Verkhovna Rada Human Rights Commissioner Liudmyla Denisova called on the international community to increase diplomatic pressure and sanctions on the Russian Federation and to condemn actions violating the rights of the faithful with the Orthodox Church of ‘Ukraine (OCU) in temporarily occupied Crimea.

This is according to a statement that Denisova posted on Telegram, seen by Ukrinform.

On Sunday August 8, Russian-controlled “security agents from the Center for Counteracting Extremism” raided the OCU church of the Crimean Diocese in the village of Balky, Belogorsk district, and forced Archimandrite Damian to stop the morning service. They claimed that the priest would have performed the service in violation of Russian law and began to draft their report, “wrote the mediator.

Denisova noted that the persecution of members of religious organizations in Crimea constitutes a flagrant violation of article 18 of the Universal Declaration of Human Rights and article 9 of the Convention for the Protection of Human Rights and fundamental freedoms, according to which everyone has the right to freedom of thought, conscience and religion. In addition, the Geneva Convention prohibits the aggressive power from applying its laws in the occupied territories.

As previously reported, Metropolitan Klyment of the OCU Diocese of Crimea appealed to UN Secretary General Antonio Guterres about the oppression of the Ukrainian Orthodox Church in Russian-occupied Crimea. The video speech was made public at a thematic event on human rights in Crimea on the sidelines of the 75th session of the United Nations General Assembly.

Some praise, some doubts as Facebook rolls out prayer tool