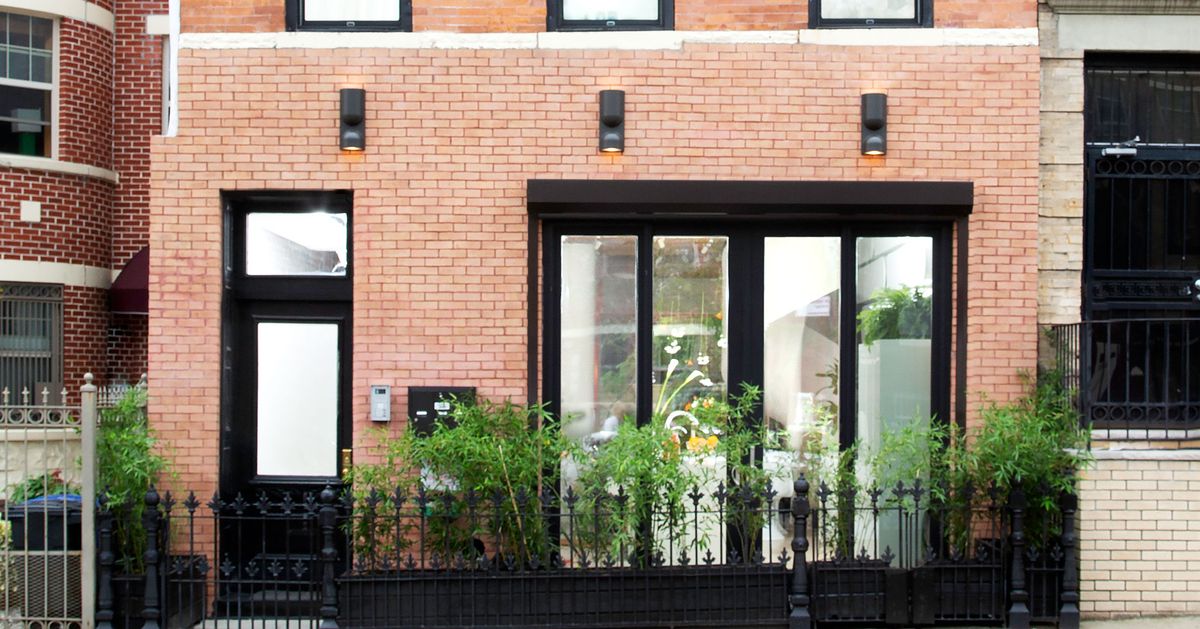 Visit a Brooklyn church turned into a family home

The spiral staircase: Stairs have been added to connect the ground floor to the children’s bedrooms on the second floor. The dining table and the blue velvet sofa are from Rove Concepts. Sommet also exhibited the original beams of the ceiling during the renovation. The discreet track lighting is LED.
Photo: Kiritin Beyer

â€œWe met at a birthday party,â€ explains artist / designer Virginie Sommet of the client for this project, who at the time lived in a condo in Queens but wanted to buy a building where she could live (and have a garden) but also have rental income. Sommet, who grew up in Normandy and owned a ballet school in Paris before moving to New York and starting working for developers on design projects, offered to help. After all, she had remodeled her own home in Bed-Stuy, which brought her to work with private clients, and was always up for a challenge.

They found him in a disused three-story building from 1899 in Ocean Hill, Brooklyn. It was a church on the ground floor, with apartments above, and they immediately saw the potential for a new start.

â€œIt was not easy,â€ recalls Sommet, â€œbecause she had to change the CofO. The Sommet client had loved her renovation of her townhouse and told her “she wanted the same”. Which meant a clean minimalist space, with the designer’s “Virginie Peekaboo” cabinets that can look like giant exclamation marks or mysterious oval pods floating on the walls. (Sommet does not like right angles: “For me the square is boring, Virginie Peekaboo is not!”)

The old sanctuary, now a loft-like space with the kitchen at the front and the guest bedroom at the rear, opens onto the new garden. The two children’s bedrooms were created on the second floor, connected by a new spiral staircase that Sommet herself designed. â€œI bought a custom metal staircase for $ 2,500 as a base and then worked with three carpenters eight hours a day for three weeks,â€ she says. “I researched the materials and had to be with them all the way because they had never done this before.” The remainder of the second floor, as well as the top floor, have become rental apartments.

The new facade: â€œThere were originally two small windows,â€ says Sommet of the ground floor, which she opened with sliding doors from Jeld-Wen and bamboo planted from Lewis Bamboo, which grew to protect. the interior space of the view. There is a Somfy mechanized roller shutter system installed by Long Island Weather Protection.

The dining room: The view from the dining table to the living room and beyond to the guest’s bedroom and garden. The Zuri Ronde chair can be seen on the back of Etsy’s silver ottoman, on the left.

The kitchen: The custom elongated cabinets with lids are by Virginie Peekaboo, the stools are Equino Chrome stools, and the stove and refrigerator are by Fisher & Paykel.

The half bath: She calls it the Disco Powder Room with “Silver Uniform Brick Mirror Tile” found at Price Stone. The small white sink is 18 inches and is available from Price Stone, and the glass medicine cabinet is from Ikea.

The living room by the garden. Sommet says: â€œI was inspired by architect Elizabeth Roberts. I saw a photo on her website of a plant growing on the wall indoors, so I wanted to do the same for my client, but we didn’t make space in the ground for it. Sommet improvised on the idea with planters instead as well as a treasure of silver Christmas baubles and two plastic spheres she originally purchased for the garden.

The bedroom: It almost feels like the outdoors with a sliding glass door from Panoramic Doors. The ink and acrylic art on the wall above the bed is by Christian Holmes and the delightful Pom Pom fringed bedspread is by Etsy.

Bedroom, with Closed Wall: The bedroom can be made private by pulling on the 10 ‘sliding wall. â€œI wanted to have more space in the living room while having a full view of the garden,â€ says Sommet.

The garden: Summit transformed the backyard with custom wood planters and fencing and a deck with wood flooring. The outdoor dining table is from Rove Concepts and the sofa and coffee table are from Ikea. The chairs are from Ebern Designs. The round four poster bed behind the table is from Modway Convene Canopy.

Editor-in-Chief Wendy Goodman takes you to the city’s most exciting homes and design studios.


By submitting your email, you agree to our terms and privacy notice and to receive email correspondence from us.