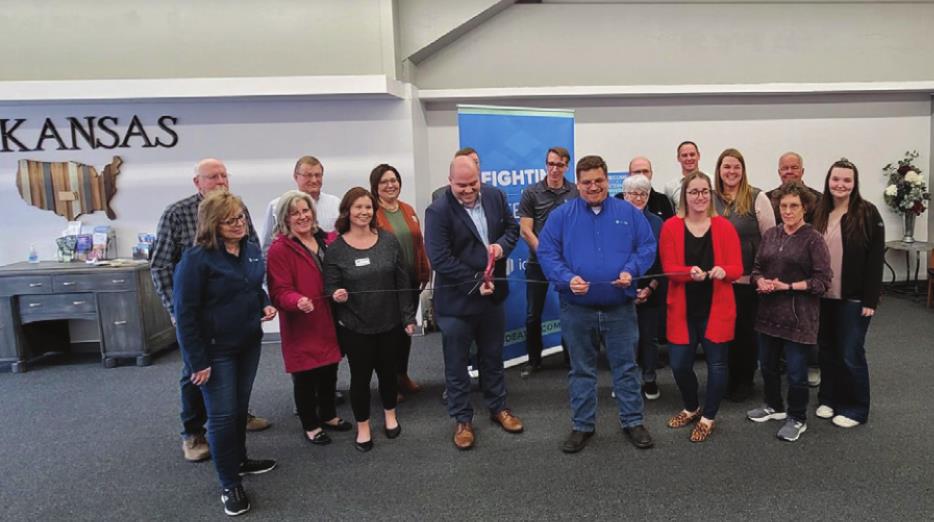 By John Huxman Special at the Tribune [email protected]

Wellbrock worked simultaneously on three different chambers of commerce: Hayes, Colby and Pratt. She said all three communities have similar challenges. In her temporary position at Pratt Chamber, which ends in May, she said she had done the “less sexy” work of ironing out procedures and policies, updating computer software and developing new tools. other office “infrastructures”.

Wellbrock said whoever gets the job after her would be willing to focus on marketing the city. She suggested that a marketing strategy should focus on promoting the town of Pratt to those who live within a 150-mile radius. Recent Chamber of Commerce activities include ribbon cuttings from PrairieFood and Ideatek.

The CCP brings in about $3 million in state and federal grants. The Kansas Promise Act, which is a “last dollar” scholarship that provides the remaining cost after other forms of student aid such as the Pell Scholarship, is intended to help students in certain majors; electrical energy, welding, automotive, INT, CNA, CMA and primary education. It focuses on certifications and then the student must work in the state of Kansas for several years or else repay the money.

PCC also benefits the local economy by being a major spender and employer. The school’s annual payroll is $6.5 million and it tries to buy as much from the local community as possible. Last year, the college spent $2.7 million in the local economy, which represents about 32% of its expenses. PCC’s gross economic impact is $42.1 million. Its net economic impact after $6.9 million in local taxes is over $35 million. CCP graduates also benefit the local economy; they earn $7.41 more for every dollar spent in college than people without an associate degree. Additionally, between 50 and 60 percent of CCP graduates stay in Kansas.

CCP enrollment has dropped about 3% over the past two years, likely due to the COVID pandemic. This decree was lower than the 10% dreaded last year. This year, however, enrollment was expected to begin to recover and instead fell again.

The pandemic has also had an impact on the Beavers in Action program; students, faculty and staff volunteered 5,179 hours in the Pratt community, about half of pre-covid hours.

In other cases, Commissioners:

* Voted to approve a resolution calling for a June 6 hearing on a dangerous structure at 501 Starr Street. This is the start of a long process which, if completed, will see the dangerous structure removed and the property put back up for public auction.

* Approval of a measure to swap federal highway funds for state highway funds. Pratt will exchange $93,221.52 in federal money to the state of Kansas for $83,899.36 in state money. State money comes with fewer strings attached. The federal requirement to consult engineers alone would cost the City more money than it would lose in the trade.

* I heard a reminder from the City Manager that the Open Range Gravel Race and the Lemon Park Kids’ Fair will both take place on April 30.

* Heard an update from Pinkall on the roof of the Municipal Building, which was approved for replacement at a special meeting on April 11. Construction hadn’t started yet but is expected to start possibly as early as Tuesday the 19th. Snowmelt has caused issues due to the current condition of the roof, but the issues are still relatively minor.

*I learned that the results of the first Rails to Trails program evaluation are in and valued the old Kansas and Oklahoma line at around $50,000 per mile. This cost is prohibitive. There was speculation that the appraisal might not have distinguished between the value of a western Kansas rural railroad and a central Kansas urban railroad. A second opinion may be requested.

* Heard a report that Pratt was not selected to receive a BASE grant.

* I heard a report from Building Inspector Blankenship that at some point in the last two weeks he was loaned to the Town of Anthony to help them with code enforcement.

* Heard a report from James Huber that the underground power supply at Pratt Community College had exploded. A new above ground line was installed to the school to restore power while 60 to 90 feet of underground wire could be buried as a permanent solution. A new transformer may be required. It now takes a year to receive new transformers.

Cardinal Parolin in Mexico to mark 30 years of diplomatic relations