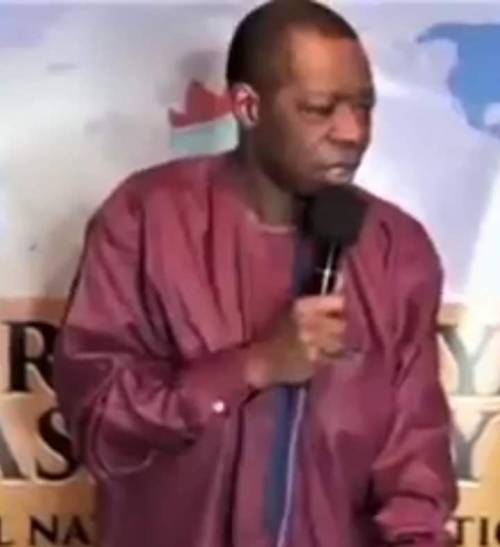 Pastor Ade Abraham of Christ High Commission Ministry also known as Royal Assembly of Christ has revealed why he ordered his church members to pay the sum of three hundred and ten thousand naira to create heaven.

According to Abraham, his directive to his members was an authority he received from God.

Naija News previously reported that the Ekiti State Police Command invited Pastor Abraham after allegedly asking its members for an N310k to fly them to heaven.

Pastor Abraham had convinced members of his congregation to move to a camp in Ekiti State with him to ‘prepare for the end of the world’ and also pay a sum of N310,000 to fly them to heaven.

Some of his church members reportedly sold their properties, hoping that Jesus would meet them while camping at his church at Araromi-Ugbesi in Omuo-Oke, Ekiti State.

Some claim that some abandoned their families who refused to settle in the camp.

The cleric in an interview with BBC Yoruba on Wednesday said: “Truly I told my congregation to pay 310,000 Naira, I made the statement when I noticed my members’ problems were increasing.

“I did it because I received the authority of God who called me to practice for all who want to serve the Lord with all their heart.

“I have yet to receive any payment from any member of the church, and the Ekiti State Police intervened in the matter.

“I was called by the police to investigate and all the church members were there and all took notes of what happened.”

Mexican President to speak on development and migration on tour